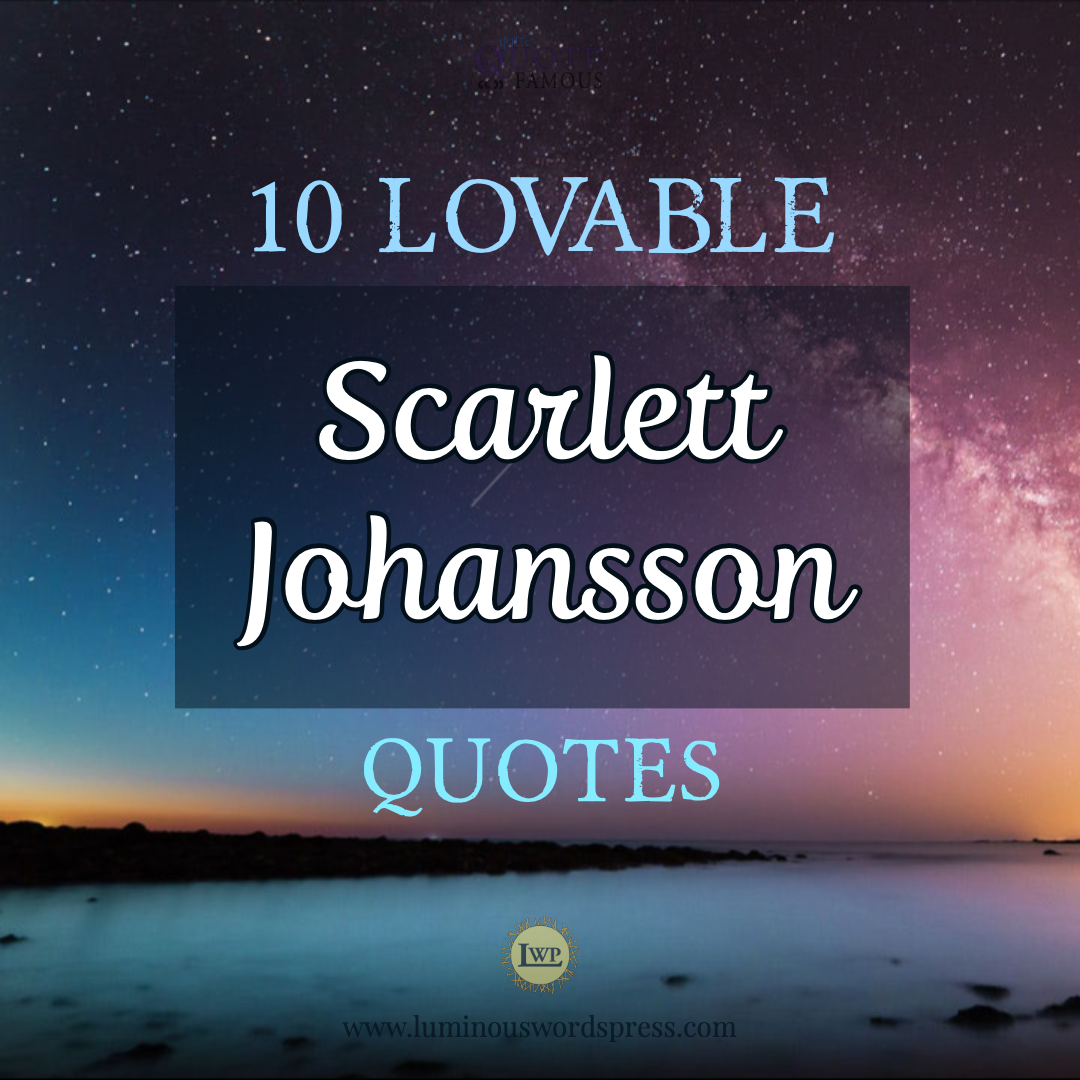 I’m so tired of hearing casting directors ask if I have a sore throat. The people who have told me that my voice is distinctive, it’s unusual… those people have always been close to my heart. – Scarlett Johansson

I have a lot of actor friends who worked with their parents closely and have had really horrible experiences. They end up suing or being emancipated. The wonderful thing about my mom [who is also her manager] is that she completely respects my creative weirdness and supports any decision I make. – Scarlett Johansson

As long as people keep buying tabloids, they will keep harassing people in the public eye. They will make up stories. – Scarlett Johansson

I have an obsessive character. I manicure my nails at three in the morning because nobody else can do it the right way. Maybe that’s the secret to my success. – Scarlett Johansson

It’s a great thing to get older and learn. I don’t feel bound in any way by how many years I’ve lived. I identify just as much with my 86-year-old grandmother as I do with my sister. – Scarlett Johansson

People forget what it’s like to be a child. When you’re a child actress, people sometimes regress into being obnoxious and patronizing. But there’s no reason to dumb things down just because you’re working with kids. – Scarlett Johansson

What I respect most in people is naturalness and authenticity. I like to be able to see into their soul. I aspire to being a truthful person. – Scarlett Johansson

I am very independent. I can look after myself but I still need a lot of love and care. – Scarlett Johansson

I think that I sort of see other actresses are kind of proud of the way they look and show it off. That’s never really been my style. I really don’t think that it’s disgusting or wrong, if you’re 18 you’re 18, it’s your body, it’s your right to show yourself, however, I don’t really take a part in that. I like to look nice, but I think that there’s ways of doing it that are more tasteful than just wearing a bikini wherever you go. – Scarlett Johansson

Well, you put a little piece of yourself into every character that you do. Even if you’re playing some psychotic person, which of course I’m not, some part of you is in that character and it’s hopefully believable. I always come back to the fact that my own instinct is better than something I build in my mind. – Scarlett Johansson